Women living with HIV perceive many forms of stigma in addition to HIV-related stigma, according to a qualitative study published in the July edition of Social Science & Medicine. Stigma related to living with HIV intersected with stigma associated with gender, race, poverty, incarceration and obesity, according to the interviewees. 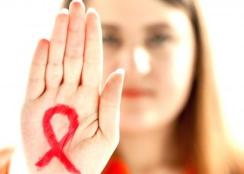 “Our findings highlight the complexity of social processes of marginalization, which profoundly shape life experiences, opportunities, and healthcare access and uptake among women living with HIV,” say Whitney Rice and colleagues.

They conducted semi-structured interviews with 76 women living with HIV in Birmingham, Alabama; Jackson, Mississippi; Atlanta, Georgia; and San Francisco, California. The interviewees were invited to describe their experiences of stigma and discrimination, whether in relation to their HIV status or another aspect of their identity.

Most participants were conscious of men having greater power than women. Women said they were undervalued in educational and employment contexts due to their gender. In interpersonal relationships, men would frequently disregard women’s needs and preferences, while parents would typically favour sons over daughters.

Women were also conscious of being subject to different expectations concerning sexual behaviour than men. Stigmas related to gender and HIV intersect, as this interviewee explained:

“It’s not so bad for [men] to have many sex partners but it’s horrible for a woman to have that many… And she’s a whore and all the other words… But it’s OK for him. That existed before HIV and it’s still in play now… Some dirty woman gave him [HIV] … and they’re the bad person —and then the women … you got it because you was sleeping around.”