Rates of syphilis, gonorrhea and chlamydia have climbed for the fourth consecutive year in the United States, the Centers for Disease Control and Prevention (DCD) announced recently. Last year, nearly 2.3 million US cases of sexually transmitted diseases (STDs) were diagnosed, which is the highest number ever reported. 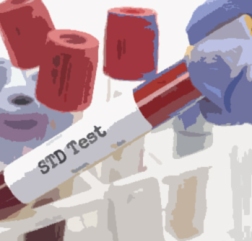 Chlamydia, which remained the most common, is easily transmitted during any form of sexual activity. If not treated, chlamydia can cause permanent damage to the reproductive system. In men, the infection can spread to the tube that carries sperm from the testicles, causing pain and fever.

If not treated, gonorrhea can cause severe and permanent health issues, including problems with the prostate and testicles in men or problems with pregnancy and infertility in women. Gonorrhea is also typically treated with antibiotics but the threat of antibiotic-resistant gonorrhea persists nationwide.

Syphilis can affect the heart, nervous system and other organs if left untreated. Syphilis is most often transmitted through sexual contact and is 100 percent curable with antibiotics.

Gonorrhea and chlamydia can infect other sites of the body such as the rectum and the throat and diagnosis requires a swab of each site. A urine test alone is not sufficient to diagnose STDs of the throat and the rectum. Additionally, all of these infections can be transmitted through unprotected oral sex.

It is important to remember that even if you don’t have symptoms, you can still be infected. If you’re sexually active, you should get tested for a full range of STDs, including the ones listed here. Don’t be shy about asking your doctor for a full screening. If you need to find free, confidential testing in your area, you can check the PA Department of Health listing here.

Health Alerts are presented by the HIV Prevention and Care Project at the University of Pittsburgh Graduate School of Public Health, with funding from the Pennsylvania State Department of Health.